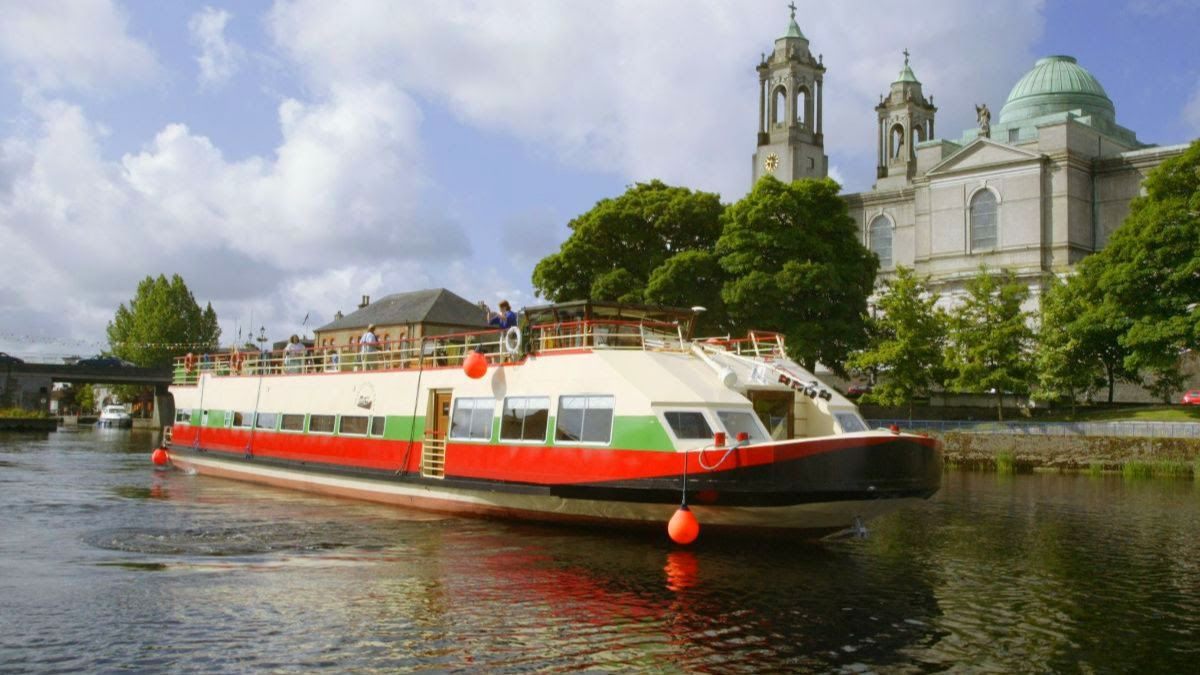 Ireland is on track to welcome a record number of visitors for 2019, according to the country’s Central Statistics Office (CSO).  Among the beneficiaries of this tourism boom is European Waterways.  The company’s one-of-a-kind hotel barge cruise on the River Shannon aboard the Shannon Princess has already sold out all of its cabins for 2019 and more than 50% for 2020. A big part of the cruise’s attraction is an itinerary that offers a “deep dive” into Irish history, culture, and gastronomic offerings.  Its excursions include tours of magnificent estates, castles, and medieval architecture, as well as samplings of traditional Irish fare, such as Guinness, whiskey and oysters, and even a private display of Ireland’s ancient art of falconry.

“The classic Shannon Princess cruise is a veritable immersion into Irish history and gastronomy,” said Derek Banks, managing director for European Waterways.  “From the moment you come aboard, you’re greeted with Irish coffee and ‘black velvets’ – a traditional Irish cocktail of stout beer and champagne – and are instantly transported into a world of ancient customs and lore.”

With bookings for 2020 quickly selling out, European Waterways is advising clients to book their cruises as early as possible to avoid disappointment. Rates for 2020 start at $4,600 per person, based on double occupancy.

A River Runs Through It
At more than 224 miles, the River Shannon is the longest river in Ireland, flowing through 11 counties and boasting more than fifteen hundred years of incredible Irish history.  A cruise on the river is like taking a journey back in time, with dramatic natural views that have been practically unchanged for centuries. They include castles, forts, noble estates, and monastic settlements that attest to the important role the river has played in the country’s history.

Among the Shannon Princess’ itinerary is a tour of the Clonmacnoise ruins, a famed 6th century university and early monastic settlement that is still haunted by the ghosts of saints and scholars from Ireland’s Golden Age of learning.  Guests will tour the crumbling remains of it cathedral, churches, towers and high crosses, as well as the large collection of early Christian gravestones. The itinerary also includes a visit to Leap Castle, considered one of Ireland’s most haunted establishments. Guests will be treated to a private tour by its eccentric owner, who will relate the castle’s chilling history of murderous greed and suicide – all while Irish musicians serenade them.  After dinner onboard the boat that evening, guests can join the captain for a pint with the friendly locals at nearby Killeen’s pub.

Other itinerary highlights include a visit to Birr Castle, where the Earl of Rosse and his family still reside.  Guests can stroll through its lavish gardens and tour the science center, which houses the Great Telescope. Designed by the Third Earl of Rosse in the 1840s, it was the largest in the world for more than 70 years and is the largest historic scientific instrument still working today. Another fascinating excursion is the visit to Kilbeggan Whiskey Distillery, the oldest licensed whiskey distillery in the world, dating back to 1757, where guests can tour the ancient stills and sample some of the ‘Uisce beatha’ (water of life).

The Shannon Princess will also sail across Lough Derg, one of Ireland’s most beautiful lakes and Christianity’s oldest pilgrimage site, passing one of the country’s rare forest parks.  Guest will enjoy dinner onboard and watch the sun set on their way to the picturesque lakeside village of Mountshannon.  One of the cruise’s most memorable experiences is a “birds of prey” demonstration featuring owls, falcons and eagles, held within the walled garden of the Adare Manor estate, located on the banks of the River Maigue.  The demonstration includes an opportunity for guests to take pictures with a bird safely perched on their arms.

“Ireland’s extraordinary landscape of rolling green hills and lush green vales have justly helped the country earn its title as the ‘Emerald Isle’,” said Banks.  “The Shannon Princess’ cruise through the heart of Ireland offers a truly memorable immersion into one of the world’s most captivating destinations.”