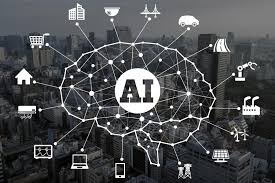 The introduction and the popularity of artificial intelligence in travel and tourism industry created the advent of much new technical advancement, but the number of tourism job increases in recent years as the industry moving with experimentation between chat bots and humans.

Previously, the travel and tourism industry thought that there would be a decrease of tourism related jobs and the artificial intelligence is fast forwarding. But the experimentation with chat bots versus humans is advancing the increase of usage of robots and self-driving cars.

The emerging technologies do not appear to be slowing travel industry job growth. Gloria Guevara, president and CEO of the World Travel & Tourism Council, said that the employment in tourism sector has globally grown last year even as new technologies and platforms made their debuts, albeit relatively modestly compared with what may be in the offing.

One in five jobs were created globally in 2017 were in the travel industry. Some 119 million jobs globally are attributed to tourism, and the industry created two million new jobs. The information also published by World Travel & Tourism Council is that around 135000 new tourism jobs were added in United States.

In United States, the tourism is directly supported for the employment and the generation of new jobs. About 14 million jobs in the United States last year was generated making country’s top job-producing industries along with the food and beverage industries.

It is reported that there are about 1.94 million employees worked in accommodations such as hotels as of December. This around a 1.5 percent jump, compared with the year-earlier period. And more than 15.8 million worked in the in general leisure and hospitality industry as of December which is a 2.6 percent increase.