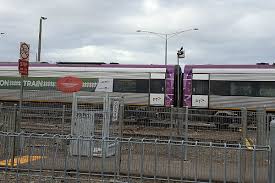 Giving regional passengers more options to get where they need to go over one of the busiest weekends on the state’s events calendar, extra services will run on the Geelong line in Victoria.

Geelong residents will find it easier to enjoy everything Victoria has to offer this weekend as they head to Melbourne’s White Night, the Australian Boomers playing Team USA in a two-game basketball series or the last round of the AFL season offering up top of the table clashes.

White Night has been reimagined for 2019 with a three-night creative celebration that will show Melbourne in a different light after dark.

Geelong line revellers will be able to catch scheduled late-night trains home and Night Coach services will be bolstered with extra coaches departing at 2:15am on Saturday and Sunday.

An additional train will run to and from South Geelong to help fans get to Saturday’s big AFL clash at GMHBA Stadium where Geelong is fighting for a shot at the minor premiership against Carlton.

A scheduled train will also depart later than usual after the match to give fans a chance to get back to the station in time.

Friday night’s match between Collingwood and Essendon, and Sunday’s clash between Richmond and Brisbane at the MCG will have a big bearing on the AFL finals and fans will be able to catch additional Geelong-bound trains from Southern Cross after each match plus an extra Sunday lunchtime train to Southern Cross Station.