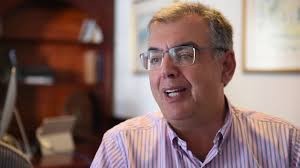 He has earlier worked with prestigious hotel groups throughout the world and will join the helm of Jumby Bay Island in November.

He will be responsible for position the resorts as one of the most desired destinations in the world along with marinating the reputation.

After an impressive career Fabris will be joining the Oetker Collection , in 1992 he was with the Cipriani in Venice, Italy as the hotel manager after that in 1996 he served the Quinta do Lago Hotel in Almancil, Portugal.

He was the managing director for the Orient Express, South Africa before his most recent position as the general manger of the renowned Half moon Resort In Jamaica in 2015.

Frank Marrenbach, chief executive of Oetker Collection was delighted to have Sandro on board at Jumby Bay Island. His wealth of experience, combined with his talent as a great host, will take Jumby Bay to new heights.