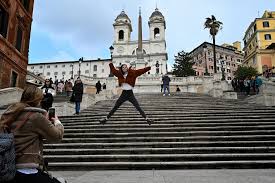 The Brussels Hotels Association (BHA) calculated that its members would be having losses of up to €10 million due to cancelled bookings, Le Vif reports.

The figures of BHA were reported on the same day that the first confirmed case of this deadly virus was seen in Antwerp on Saturday that compelled tourists to cancel their stays even before Belgium had any active cases.

“This is just the tip of the iceberg,” said Rodolphe Van Weyenbergh, Secretary-General of BHA, which represents 90% of hotels in Brussels which employ a combined 12,500 people.

Since the epidemic spread in Italy from last days of February, air travel associations have reported shifts in the behavior of the consumers as well, as a rising number of tourists chose to give up booked holidays over fears of catching the new virus.

On Monday, the International Air Transport Association explained that air carriers reported that almost half of their passengers had been no-shows, with one important airline, seeing bookings drop by 108%.

On Monday Brussels Airlines explained that “because of the rapidly declining demand in air travel within Europe,” it would carry on its fly to Italy at a reduced frequency, but it stopped short of scrapping all flights to the European country the most hard-hit by the virus so far.

“The Belgian airline is forced to extend the measures and reduce its flight offer to [Milan], Venice, Rome, Bologna and Turin,” by 30% until 28 March, the company said in a statement.