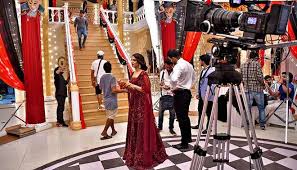 Film City, which is also known as Dadasaheb Phalke Nagar in Goregaon, will soon become a world-class tourist hotspot in Mumbai and is all ready for a complete overhaul. For this project, bids have been invited by the Maharashtra Film, Stage & Cultural Development Corporation Ltd. (MFSCDC).

Renowned industrialists like Ambanis from Reliance Industries Limited (RIL), Reliance BigEntertainment (RBE) and Bhanot Infra Venture (BIV) are quite enthusiastic on taking the project. A five-year project, the renovation work is supposed to cost anything between INR 25 to INR 50 crore.

Chandrakant Kolekar, deputy engineer, MFSCDC said that this project is going to turn the Film City of Goregaon into a world-class tourist spot along the lines of Universal Studios abroad. The entire execution of the project will be overseen by the Chief Minister’s Office along with the Cultural Affairs and Tourism ministry.

The plan in the pipeline is to construct 15 studios, 42 outdoor locations and eight village locations. Besides, plans are there for constructing a museum, an amphitheatre, post-production facilities, film training institutes, biodiversity parks and theme parks. A five-star and three-star property, food courts, dormitories and administrative offices will also be there.

Also, for paying tribute to legendary cinemas like Sholay and Jurassic Park, a project called the ‘Indian Film Museum’ is also being planned. This will be another attraction of the Film City.