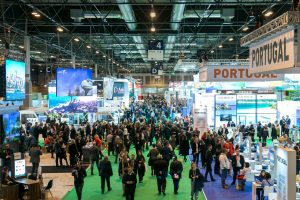 The 40th edition of International Tourism Trade Fair FITUR 2020, held at Feria de Madrid between January 22-16 and organised by IFEMA, saw participation by companies, countries and regions and tourism industry professional from all over the world.

The best ever figures were recorded this year with 255,000 visitors, 918 main exhibitors, 11,040 companies, 165 countries and regions participating. The international attendance was 56% and the highest ever attendance figures for its trade-only day had 150,011 participants from 140 countries.

FITUR’s economic impact on Madrid is valued at 333 million euros and the trade participation rose by 5% with a significant increase of 6.4% in international visitors. There was an increased participation from the Asia-Pacific region which was up by 21.5%, Africa up by 19.5% while Europe and North America had showed growth of 5.3% and 3.3 % respectively. South Korea was the partner county at FITUR 2020 under the banner ‘Imagine your Korea’ had a relevant impact and had some 25 organisations which included the Korean government, the principal local government and the main travel agencies and airlines participating. It coincided with the 70th anniversary of diplomatic relations between Korea and Spain. In the Korean hall under motto ‘The meeting point of tradition and modernity’ Korean tourism was promoted. Last year a memorandum of understanding was signed between the King of Spain and the President of Korea and 2020-2021 is the Korea-Spain Visit Years. Both Spain and South Korea understand that travel and tourism is the key to international friendship, peace and it brings big business too.In 2018, South Korea had 15.3 million visitors and is aiming to host 20 million foreign guests this year. With modern and high-quality infrastructure and good public transport network, it is deemed as a safe destination.

The King of Spain presided the 40th Anniversary celebration dinner at the Cibeles Palace which was attended by the tourism ministers from all over the world. Pedro Sanchez, the President of the Spanish Government also paid a visit here. This year the Queen’s participation in the opening FITUR added the finishing touches to the event.

There was 3.3% increase in the exhibition area which filled 10 halls at Feria de Madrid.

A specialised section focused on people and their talents, skills and professional development was launched during FITUR 2020. It took the tourism business a step further to enhance its services and constant commitment to innovate which added more value to the industry professionals. The exhibition space with innovation and flexible specialised content was the spotlight. Seminars, workshops and meetings analysed the perspectives and strategies of some of the world’s leading tourism businesses, talent recruitment, management companies and training centres. The new content and tools boosted the overall growth and competitiveness of the global tourism industry.

The tourism offerings of Africa were discovered in the new platform FITUR Meet Africa, an initiative for enhancing the country’s participation and visibility in the fair. The 11th edition of INVESTOUR, the Tourism Investment and Business Forum for Africa which is organised in partnership with the World Tourism Organisation and Casa Africa, was celebrated. It promoted the sustainable development in Africa and encouraged dialogue about investment and business opportunities in the continent. . The strategic platform offered African organisation a forum to present their tourism projects. Rural tourism and cultural tourism through gastronomy and creative industries were discussed.

FITURTECHY – Focus on technology and innovation 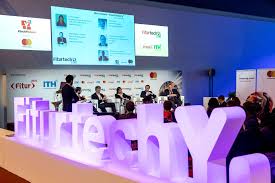 Technology and innovation has immense effect on the global tourism scenario which was discussed in the specialist section, FITURTECHY organsied by the Instituto Tecnologic Hotelero (the Hotel Industry Technology Institute). The right technology offers major changes be it vast changes in the services provided to customers to greater resource efficiency leading to the betterment in the conservation of environment.

The most outstanding participants in this edition for the Best Stands and Sustainable Stand Award were announced. The Korea Tourism Organisation, the Senegalese Tourism Promotion Agency and the Costa Rica Tourism Institute bagged awards in the Country and Regions category. In the Companies category the awards for the best stands went to Iberia, Melia Hotels International and Paradores. The VP Hotels stand was also highlighted in this section. For the first time the ‘Sustainable Stand ‘ Award was introduced keeping in mind the importance of sustainability which went to aex equo for the Analusia Hall and the Paradores stand. This was organised in partnership with the Institute for Responsible Tourism (ITR).