The fleet of Virgin Galactic is slowly expanding 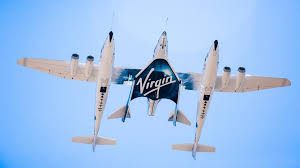 The fleet of Virgin Galactic is slowly expanding, and its second commercial spacecraft has now attained a major milestone in its build process — much faster than the first one did. The new SpaceShipTwo, which will connect the original (named “VSS Unity”) in providing flights to space for paying tourists, is at present supporting its own weight — one of the vital achievements in the overall assembly of the vehicle.

This new SpaceShipTwo is yet to get its new name but it’s about 80% complete at this stage. In the meantime, Virgin Galactic is also flight testing VSS Unity, and it’s by now started constructing its third spacecraft to expand its fleet even further — that one’s about 50% done and under construction next to this second vehicle in the company’s Mojave, Calif. headquarters.

For this second spacecraft, the next step is connecting all of the integrated systems that offer flight control, power, altitude adjustment and more. All of this has come together quite faster than the first spacecraft. Thanks goes largely to improvements in the efficiency of the build process, like using modular components, which the company hopes will help in bending the cost curve even further going forward, making expanding the fleet more lucrative as Virgin Galactic focuses on profitability in 2021, and finally expects to decrease the cost of tickets for space tourists.