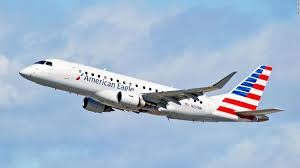 According to police, a woman passenger was taken off a plane and into custody after she faked an illness to get a better seat on her flight,.

An American Eagle flight from Pensacola to Miami returned to the airport around 6:26 a.m. Friday, because a passenger was in need of medical assistance, according to a statement from American Airlines, the US carrier’s parent company.

The pilot rerouted the plane back to Pensacola due to the claim of illness. Upon their arrival, employees realized the woman was faking the illness and asked her to get off the plane, police said. Police were called when she refused to deplane, Wood said.

Other passengers deplaned normally, and the woman agreed to get off the plane after conversations with police and the flight captain. The plane departed at 7:41 a.m. for the second time.