Flights to airports of North India resume amidst hostilities with Pakistan 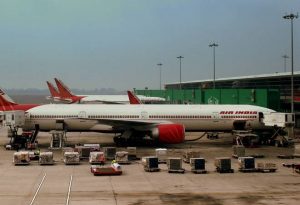 The order issued by Delhi ATC to shut down eight airports over the northern states of Jammu and Kashmir, Punjab and Himachal Pradesh has been withdrawn. As of 15.00 today, flight operations have already resumed from some airports, including Jammu. Due to escalation of hostilities between Pakistan and India, no flight permitted to operate to/from airports of Amritsar, Jammu, Srinagar and Leh, Kullu-Manali, Kangra, Shimla and Pathankot.

There were reports that Pakistani fighter jets violated Indian air space in Jammu and Kashmir’s Poonch and Rajouri sectors. India’s fighter jets had crossed the Line of Control yesterday and destroyed a vast terror camp within Pakistan in a pre-dawn strike. Pakistan has also claimed it had shot down two jets of the Indian Air Force.

Air Vistara tweeted that flights from Amritsar, Srinagar, Chandigarh and Jammu are on hold due to the airspace restrictions. Leh can expect flights only on Thursday as aircraft operations happen there only till about noon.

Jet Airways said that flight operations to and from Amritsar, Jammu, Srinagar and Leh have been suspended until further notice after Delhi ATC’s order.

Punjab’s six border districts of Fazilka, Ferozepur, Tarn Taran, Gurdaspur, Pathankot and Amritsar have been on high alert since Tuesday.