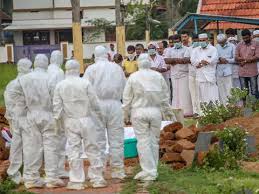 The destructive Kerala floods soon after Nipah virus outbreak, has left the tourism of the state in bits and pieces. In the recent years, for the first time the state has experienced a negative growth in domestic tourist arrivals. Nevertheless, if tourism experts are to be considered, Ernakulam has fared better compared to other districts that are also among the top Kerala tourist destinations mostly due to MICE and business tourists.

“In December, the response is positive for Ernakulam. But we expected a much bigger tourist inflow due to Kochi Biennale, but that has not really happened. However, it has been a bad season for the state as a whole,” said DTPC Ernakulam secretary Vijayakumar S.

The impact of overall collapse in tourist movement has its effect on Kochi, which is mainly a transit hub for tourists.

“When overall tourist inflow into the state has been affected even Kochi will be affected. After floods,Sabarimala issue and frequent hartals have hit us bad,” said E M Najeeb, former president of KTM.