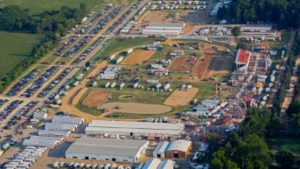 Volusia County, one of the popular business tourism destinations in Florida welcomed 10.2 million visitors came for at least one night in 2018. According to tourism statistics compiled by Mid-Florida Marketing & Research, half of the tourists stayed in hotels and motels, and half with friends and family.

In West Volusia, the 2017-18 fiscal year saw a record amount of so-called bed-tax collections — more than $650,000 — and the current year that started October 1 has been even better, said Georgia Turner, executive director of the West Volusia Tourism Advertising Authority, which promotes tourism for the area.

She said that it was the result of more and more promotions with more hard work by our partners.

Volusia County levies a 6-percent tax on hotel, motel and campground rentals. Half of the revenue goes to support the county-owned Ocean Center convention complex in Daytona Beach; the rest goes to the three tourism-promotion agencies, such as the WVTAA, to market their respective areas. The other agencies are the Halifax Area Advertising Authority (for greater Daytona Beach) and the Southeast Volusia Advertising Authority.

Turner said the West Volusia area has been doing very well on a number of fronts. The Courtyard by Marriott hotel opened in Downtown DeLand in October, and a Holiday Inn Express under construction on the city’s south side is expected to open sometime in 2020. And the Travelodge by Wyndham hotel in Deltona is undergoing a multimillion-dollar renovation.