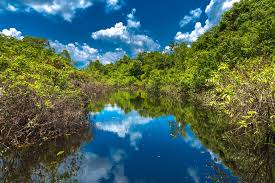 Nature, ecotourism and adventure – these are the main motives of foreign tourists who visited Northern Brazil in 2018, according to the study of International Tourism Demand , commissioned by the Ministry of Tourism to the Economic Research Institute Foundation (Fipe).

In the case of Amazonas, 67.2% of respondents declared interest in knowing the fauna and flora, the same ratio of 45.3% of travelers who went to Pará.

Another item that stands out among foreign tourists is the hospitality of the people of northern Brazil. No less than 96.5% of those who were in the Amazon approved the local receptivity. 94.6% of those who visited Pará rated this characteristic as positive.

Tourist Guide services were also highlighted, approved by 92.1% of those who went to Amazonas and 77.9% of those who traveled to Pará.

Tourism Minister Marcelo Álvaro Antônio points out that the lush nature is just one of the attractions of the northern region, which has enormous potential to attract visitors from around the world.

“It is a unique experience to enjoy the beauty of the Amazon jungle. In addition, the region offers incredible cuisine, accompanied by culture with an accent and indigenous ingredients,” he said.

Of the total foreign tourists in the Amazon in 2018, 97.4% approved the typical food. In Pará, the positive rating was even higher at 98.3%.

The United States leads among the countries that sent the most visitors to the North, followed by Argentina and France. More than 92.6% of foreign tourists who were in the region expressed their intention to return, and more than 52.4% had previously been to the country.