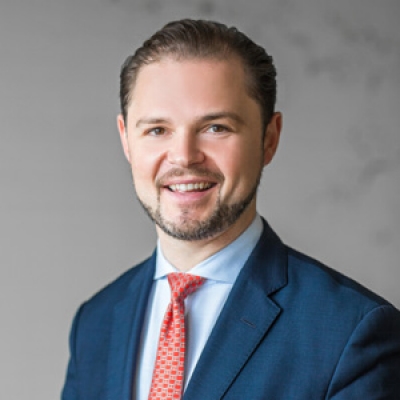 Four Seasons Hotel Toronto announces the appointments of Chad Merced as Hotel Manager and Maxime Regad as Director of Food and Beverage. Both Merced and Regad started their careers in hospitality with Four Seasons, and the senior leadership in Toronto is delighted to have them as members of the management team.

Well versed with Four Seasons hospitality, Chad Merced began his career in 2008 in Atlanta as an Assistant Front Office Manager. The role served as a stepping stone to learn from multiple Four Seasons properties through extended Task Force assignments, including in Chicago and New York. “The brand standards constantly remain the same, but every hotel has its own culture and set up,” says Merced. “The assignments taught me so much and helped me learn how to be a stronger leader.”

It didn’t take Merced long to learn the Four Seasons way working in Vancouver, Denver and Toronto at both the corporate head office and the global flagship in the heart of Yorkville. Merced considers himself fortunate to learn from the best in hospitality throughout his professional journey.

“We’re constantly learning and developing our skills so our future leaders are ready when opportunities arise,” says Merced. “I’m lucky to be surrounded by incredibly talented individuals who choose to share their knowledge with me in order to continue to provide our guests with the best experience possible.”

In 2005, Maxime Regad’s first role in the company was as a Pot Wash, part of the Manager in Training program at Four Seasons Hotel Washington, DC. Following his time in Washington, Regad’s journey with Four Seasons flourished. Maxime’s time learning and growing in various roles across the world has helped him shape unique dining experiences and events while continually exceeding guest expectations. His background includes working in Hampshire, Seychelles, Doha and of course, Toronto. However, Regad is no stranger to the city, having worked as a Room Service Manager at Four Seasons Hotel Toronto in 2008.

Today, as the new Food and Beverage Director, Maxime’s goal to put guests first remains top of mind. “One of the most important things to me is working closely with this very talented team,” he says. “This kind of collaboration and support is essential to the delivery of exceptional customer experience.”

The Hotel is honoured to have the invaluable addition of Chad Merced as Hotel Manager and Maxime Regad as Director of Food and Beverage who will both lead their teams to successfully elevate the guest journey at Four Seasons Hotel Toronto.