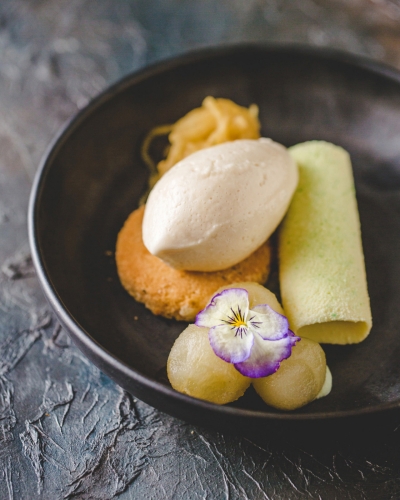 Soledad studied pastry, specialising in cake decorating, and is considered one of the most creative and original in the pastry industry.

She joined the team at Four Seasons Hotel Buenos Aires in 2007, eventually reaching the position of Sous Chef, supervising the pastry and bakery team, creating desserts for the Hotel’s restaurants, social and corporate events. In 2015, Soledad continued her career as a pastry chef at Faena hotel, and then at the Alvear Icon hotel.

However, her heart was still with Four Seasons, which is why she chose to join the team once again, working with Executive Sous Chef Joaquin Grimaldi’s team as Pastry Chef.

“Since I was a child I have loved cooking, especially desserts and sweets. I consider myself a creative person, I love drawing and colouring. These two passions materialise perfectly on my daily job with pastry. I want people to find in Four Seasons desserts what they always dreamed of, that is my main goal,” says Soledad.