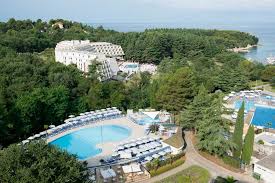 The hotels of the largest Croatian tourism company, Valamar Riviera, became the winners of the most esteemed global tourism awards this year. Four Valamar hotels in three destinations bagged the most prestigious tourism award in the world, i.e. the World Travel Awards.

A ceremony and gala dinner was held in Madeira, Portugal where representatives of Valamar received their newest recognition.

For seven years consecutively, the status as one of the best was confirmed by Poreč Hotel Valamar Riviera 4*, which won the best Croatian boutique hotel, while Valamar Collection Girandella Resort 4*/5* in Rabac was recognized as the leading Croatian resort for the third year successively.

In Dubrovnik, Hotel Valamar Lacroma Dubrovnik 4* was named the leading Croatian business hotel for the sixth consecutive time, while the title of the leading hotel in Croatia went to the Valamar Collection Dubrovnik President 5* hotel.

The World Travel Awards is known as the ‘Oscars’ of the travel industry, and has been awarded since 1993, honoring and rewarding worldwide achievements in the tourism sector, with a wide range of categories.