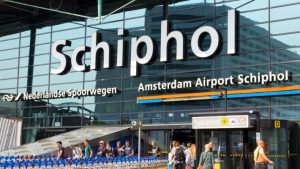 The fuel crisis at Schiphol Airport, Amsterdam on Wednesday afternoon led to flight delays and cancellations. More than 250 flights to and from Schiphol Airport have been cancelled because of the collapse of the fuel system.

About 64 per cent of departures were cancelled, and 20 per cent were delayed as per FlightRadar24.com data. The Europe’s third-busiest airport was suffering from an average delay of 35 minutes for those who were able to refuel.

The travel chaos was due to a fault in Aircraft Fuel Supply’s system, a third-party company that controls aircraft fuel supply.

The airport said that Aircraft Fuel Supply, had fixed the problem by 10 pm almost a gap of around seven hours during which fuelling was at a standstill.  It said, “The aircraft fuel supply system is reactivated and planes are being refuelled right now.”

KLM said: “This has caused delays and a large number of the European flights as well as a limited number of intercontinental flights have been cancelled so far.”

Dozens of flights to and from the U.K. have been cancelled, including at least 40 departures on KLM to and from Heathrow, London City, Manchester, Birmingham and Edinburgh.

KLM is offering passengers with tickets for Wednesday the chance to re-book free of charge for travel up to Tuesday 30 July.

KLM said, “The expectation is that tomorrow (25 July 2019) the operations can be restarted gradually. This means there may be a number of cancellations as well.”

The chaos would have its effect on Thursday as well.