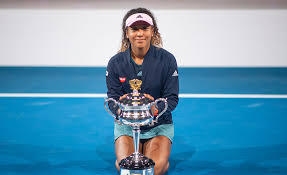 Tens of thousands of tennis fans will pour through the gates of Melbourne Park today as Victoria celebrates the start of the Australian Open – one of the most anticipated two weeks in world sport.

The Open will be contested by the cream of the tennis world headed by Australian world number one Ash Barty and Grand Slam superstar Serena Williams in the women’s draw and peerless trio Roger Federer, Rafael Nadal and Novak Djokovic in the men’s singles.

The Grand Slam has been played at Melbourne Park since 1988 when the then-new venue took over hosting duties from Kooyong.

Thanks to a near $1 billion investment by the Victorian Government to maintain Melbourne Park as a world-leading facility, the Open is locked in for the state until at least 2036.

The Australian Open will be the largest sporting event in the world in January.

More than 80,000 fans are expected to attend on day one, and more than half a million people in the first week.

Last year the Open attracted a record 796,435 fans. The event is a tourism bonanza with 55 per cent of Australian patrons in 2019 coming from outside Melbourne and 14 per cent from overseas.

The Australian Open is a pillar of Victoria’s major events calendar, alongside the Formula One Australian Grand Prix, the Melbourne Cup Carnival and the AFL Grand Final. Major events contribute $2.5 billion to the economy each year, attracting 6.9 million international and interstate visitors and supporting around 3,300 direct jobs.

The Andrews Labor Government’s anti-scalping legislation is playing a role in ensuring fair access to tickets for fans.

It is against Victorian law to sell, or advertise for sale, a ticket to a major event for more than 10 per cent above the face value of the ticket.

Authorised officers have issued seven fines for $826 in the lead-up to the tournament and forced more than 100 tickets to be removed from secondary sales websites.

Round-the-clock monitoring of ticket-selling platforms will continue for the duration of the Australian Open.

At this year’s Open fans will be able to enjoy more live music, greater food choices and a vast range of activities for children with the event’s entertainment reach extending from Federation Square to Richmond Station.

Work on the final stage of the $972 million Melbourne Park Redevelopment is due to be completed in time for the Australian Open 2023, providing a new 5,000 seat show court arena and a function and media centre.

The Australian Open runs from today until Sunday, 2 February.

“Melbourne is the home of major events and Australia’s sporting capital and we’re making sure it stays that way.”

“We’re the only city in the world that hosts a Grand Slam and a Grand Prix and fans who get along to the Australian Open over the next two weeks can expect a show like no other.”