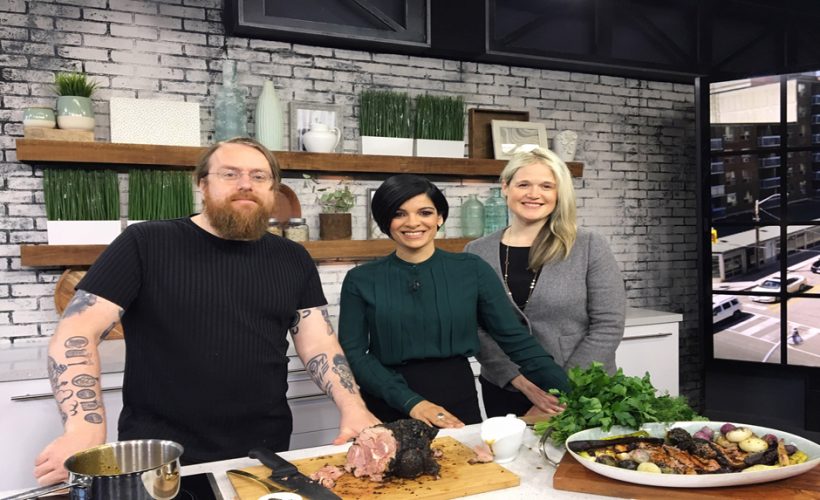 Galway-based chef JP McMahon has been highlighting our superb food in Canada, during a week-long series of events around St Patrick’s Day in Toronto. This morning (19 March), he appeared on CTV – on the popular Your Morning breakfast show.

“Gastronomy and the extremely high quality of Irish produce is one of the key themes being promoted by Tourism Ireland, so we’re delighted that JP McMahon is in Canada this week, helping us to spread the word about Ireland’s superb food, wonderful chefs and world-class restaurants,” said Dana Welch, Tourism Ireland’s Manager Canada. “Food and drink are vital elements of the holiday experience nowadays, with travellers becoming more and more discerning about what they consume and its origins. Our message is that the island of Ireland is a superb choice for ‘foodies’ for a holiday.”

Tourism Ireland has an extensive programme of promotional activity under way in Canada this spring. This includes an online advertising campaign – with Tourism Ireland’s new ‘Fill Your Heart with Ireland’ video and ads running on sites like CBC, Discovery Channel and The Weather Network. The campaign also includes a partnership with BBC – with articles about Ireland’s craft and culinary scene, as well as the ancestry connections between Ireland and Canada, running on the BBC website in Canada. Campaigns with all of the airlines that fly to Ireland from Canadian gateways, as well as with leading Canadian tour operators, are also under way. These campaigns are focused on driving business outside the high season months.