Gastronomy of Southeast Brazil highly rated by over 94% global tourists 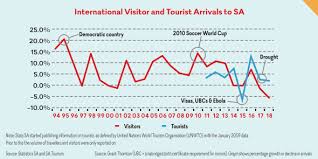 Gastronomy is one of the highest rated services by foreigners who visited the Southeast Brazil last year which obtained approval rates from 94.4% to 97.3%, reveals the study of the International Tourist Demand in Brazil.

The Southeast is home to the main national destination for leisure travelers, the city of Rio de Janeiro, and the municipality of Armação de Búzios, on the north coast of Rio de Janeiro, occupies the fourth position in the same ranking.

Already the capital of São Paulo is the country’s leader in the arrival of tourists on business, and Campinas, in the interior of the state, ranks fourth among the most sought in Brazil for events, fairs and conventions.

“We are talking about the main ports of entry for tourists in Brazil, Rio and São Paulo, as well as states that bring together unique beauties, such as Espírito Santo and Minas Gerais. And the Southeast is often the starting point of the traveler who decides to explore the country,” he says.

Hotels, flats and inns are the most popular means of accommodation for foreigners in Rio and Sao Paulo, while in Minas and Espirito Santo travellers opt to stay with relatives and friends.

The survey also indicates hospitality approval in the region, with percentages from 94.9% to 97.9%. Not surprisingly, more than 93% of tourists express their intention to return to the country, and at least 52.9% had already been to Brazil.

According to the study, besides the state capital of Rio de Janeiro and São Paulo, some of the most sought after destinations in the Southeast are Macaé and Paraty, in Rio; Ubatuba and Campinas, in São Paulo; Vitória and Vila Velha, in Espírito Santo, and Belo Horizonte, Uberlândia and Ouro Preto, in Minas Gerais.

The survey, conducted throughout 2018 with 39,000 tourists of other nationalities, revealed that the tourist experience in Brazil exceeded or fully met the expectation of 87.7% of respondents, and 95.4% intend to return to the country.