“As alternative channels are increasingly used, travel programs may have reduced visibility into booking over time facing greater difficulty ensuring duty of care and achieving cost savings,” said Monica Sanchez, GBTA Foundation director of research. “It’s important for travel professionals to plan for this growing trend in their programs – ensuring they capture and manage employee travel no matter where or how it was purchased.”

Similar to last year’s booking behaviour study, this year’s study found that three in five business travellers with access to a corporate OBT used one in the past year to book a work trip. Yet these same travellers also use alternative channels as at least one-third in each country booked directly with a supplier and one-fourth used an OTA, despite having access to an OBT. Millennials are the least likely group to use an OBT when they have access to one and surprisingly, high-frequency travellers do not use an OBT at a much higher rate than low-frequency travellers.

“This GBTA study highlights the fact that EMEA business travellers who are required to use corporate OBTs continue to book directly with suppliers and expect to do so more frequently in the future, which creates significant challenges for businesses,” said Mike Koetting, executive vice president of supplier and TMC services, Concur. “Unmanaged direct bookings can undermine travel program benefits, policy enforcement, duty-of-care obligations and supplier contracts. With traveller behaviors unlikely to change, new solutions are necessary to capture and manage corporate travel spend.”

While business travellers say they most commonly use an OBT to conform to company expectations, they are still generally satisfied with the tool they have used. In each of the three countries, at least 7 in 10 travellers who used an OBT in the past year report being “satisfied” or “very satisfied”. However, the share who is “very satisfied” is less than one-quarter in each country.

When asked to rank their most preferred booking channels, 30 percent who had OBT access in the past year rank this channel as their top choice, even if they had no restrictions. At the same time, roughly half of business travellers in each country would prefer booking directly with a supplier or using an OTA. 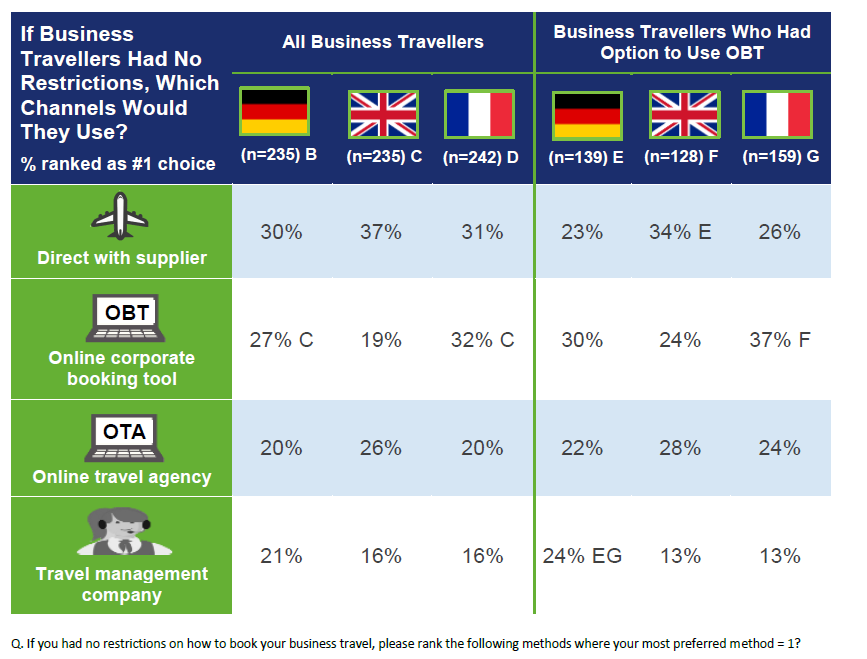 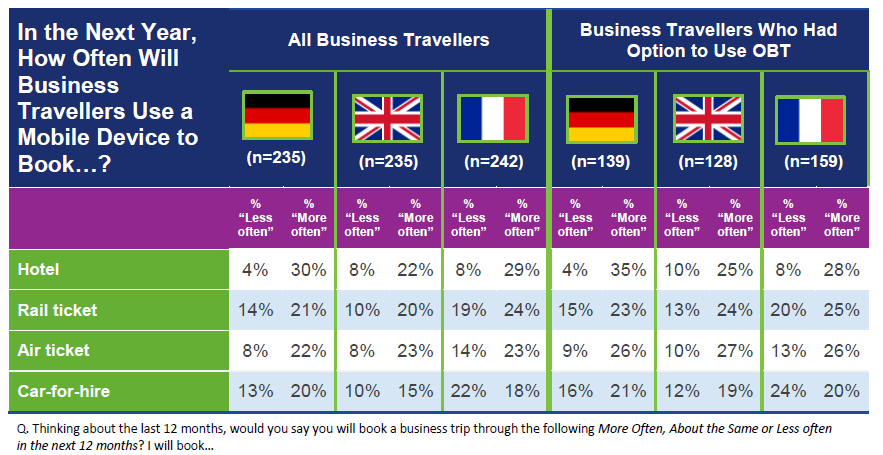