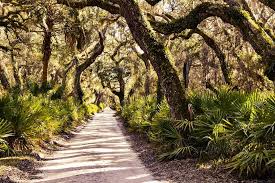 A record year in Georgia tourism as the state saw 111.7 million visitors spending $36.9 billion in the state. It boosted the emerging international segment, where stays tend to be longer and spending levels shoot up.

About 1.4 million foreign visitors, up 1.4 percent from the year before, may appear quite tiny compared to the enormous number of domestic tourists but their spending in the state totaled to over $2 billion. That puts it higher than all but four of the goods export markets of Georgia.

Broken down per visitor, the figures showed the huge significance of international tourists. They spent $1,428 in the state on average, more than four times more than the domestic visitors’ $316, as per the calculations of Global Atlanta on the basis of state numbers accumulated with the help of the research firm Tourism Economics.

Almost 30 percent of international visitors, some 415,000 in all, came from Canada. This country is the No. 1 source market, which is categorized along with Mexico alone from the “overseas” countries that don’t share a land border with the U.S.  Mexico was at No. 4 with 54,700 visitors, barely edging out India, which grew at 3.4 percent to jump China and claim the No. 5 spot at 53,900 visitors.