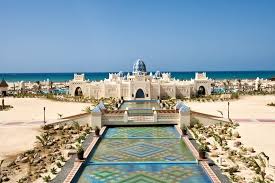 Boa Vista (RR), the capital of the Brazilian state of Roraima, celebrated its 129 th anniversary yesterday (July 9). The main destinations of Boa Vista (RR) are also the most visited tourist attractions of the only Brazilian capital totally.

The capital city received more than 1,000 spectators for the celebration which was held in the Municipal Theater of Boa Vista.  Boa Vista is known for the urban radial layout with streets that converge in fan form to the Civic Center.

The square concentrates attractions such as the executive, legislative and judicial branches of the state, Cristo Redentor Cathedral, which resembles a boat and an indigenous maloca, as well as monuments that portray the occupation of the region, which was marked by
mining, cattle ranching.

The tourist complex has spaces for sports activities, shows, food and handicrafts, among other leisure options and interaction with the population.

The Orla Taumanan, on the banks of the Branco River, which bathes Boa Vista, was also urbanized with resources from Brazil’s Ministry of Tourism and has two platforms: Weikepá (Nascer do Sol), at the bottom, facing the Monument to the Pioneers; and Meremê (Arco-Íris), at the top and facing the Mother of Our Lady of Caramel, the
first church in the state.

It is one of the best places in the city to enjoy the sunrise or enjoy the day and night in the leisure areas and kiosks with varied food and drinks.

In the dry season, from September to February, the waters descend, reducing the navigability of the Branco River and forming beautiful river beaches, quite frequented by the locals and tourists.

Green areas, such as Germano Sampaio Park and Anauá Park, with event squares and complete sports and leisure infrastructure, are also trademarks of Boa Vista.

Another way to get to know the city and its traditions is a visit to the Municipal Market.
Roraima has the largest indigenous population in Brazil; the

indigenous areas occupy a quarter of the municipality of Boa Vista. Forte São Joaquim, an attraction located 32 km from the capital, founded in 1775, is the landmark of the occupation of the region that belonged to the Amazon.

The city originated as a cattle ranch, from 1830, to the city of Boa Vista on July 9, 1890. Today, the capital is the gateway for those who visit the Monte Roraima National Park.