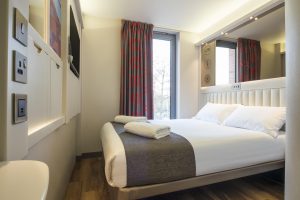 Glasgow Tourism and Visitor Plan aims to achieve three million overnight visits per year by 2023 bringing an associated spend of 750 million pounds and 6,600 jobs to the city.

As per the figures, 42 per cent of these have already been completed, while another 3,500 are in the pipeline.

Susan Deighan, Director of City Marketing and External Relations at Glasgow Life, said: that the city  “is a first-choice destination for more than two million tourists every year.” As part of the city’s Tourism and Visitor Plan to 2023, they want to increase that number by positioning the city as a cultural powerhouse and the ‘gateway to Scotland.

As per a Glasgow City Council, the target of an additional 2,500 hotel rooms seems set to be met and exceeded three years early.

It augurs well for city’s tourism and hospitality sector. From museums, to year long programme of sporting and cultural events, the city remains a beacon for tourists. In order to increase the number of overnight stays in the city, the visitors need to be provided a range of quality accommodation options.