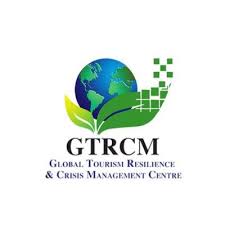 Of late, the Global Tourism Resilience and Crisis Management Centre has issued an critical call to action on the rising disruptions world over that has a possibility to impact the tourism sector worldwide. The call to action was started by the co-chair of the center, the Hon. Minister of Tourism for Jamaica, Edmund Barlett.

Today, the Co-chair issued this emergency statement:
The dreadful fire that have been devastating the states all across Australia from September 2019 are just an addition to the recent series of extreme and unprecedented weather conditions that have been creating massive trouble to different regions of the world recently. Certainly, the climatic conditions world over have been going contrary from their historical norms.

The phenomenon known as climate change has shown that it will carry on being the prime existential danger to the world and stability in this millennium. The United Nations Convention on Climate Change explains that climate change impacts wildfires, sea-level rise, famine or floods will more and more weigh down on the economies of the countries with costs currently running into billions of dollars every year.

Climate change’s global cost is expected to go up to USD 54 trillion by 2054 as per a recent report published by Morgan Stanley. Rising level of seas and greater storm surges has a possibility to compel hundreds of millions of people from their homes in coastal cities, with a total cost to coastal urban areas of more than $1 trillion each year by 2050. In addition, the world economy is hoped to get smaller by 7 percent by 2100 if the current speed of climate change is not upturned.