The government of Russia will use blockchain for tourism 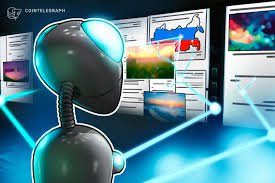 The government of Russia may still not be prepared to get its head totally covered around cryptocurrency, however there are those within the country that appreciate it. As per a recent a report by Russian news outlet Tass, Yugra, an autonomous region in the country, is all set to execute a blockchain-enabled tourism platform to track public spending and provide better transparency in the industry.

The new platform is to be created from a partnership between the region and Universa, a blockchain startup. Universa CEO Alexander Borodich declared the new agreement at a recent St. Petersburg International Economic Forum and a subsequent blog post by the company adds, “Tagging the money using distributed ledger technology will protect government grants and investments against misuse.”

To quote the blog post, “The platform will instantly track current spending and balance of funds under the project and generate automatic reports, ensuring investment transparency, which will make the region more attractive for investors.”

The platform will have a multi-language communications solution that will permit everybody in the tourism of the region to be part of a single digital ecosystem. This comprises domestic and international tourist product and service suppliers, suppliers of accommodations and catering services, investors, business support foundations and even the tourists themselves. The blog post asserts, “The platform is aimed at designing and promoting tourist routes, hospitality and tourism facility in the region, monitoring the activities of tourist companies and accumulating a ‘pool of data’ that will help identify problem spots and ways to expand tourist flows.”

This is not the first time that the utilization of blockchain technology has been measured as a way to improve the tourism industry of Russia. A year and a half back, in November 2017, the head of the Federal Agency for Tourism of the country, Oleg Safonov, stated that blockchains could revolutionize the industry, but not much has happened since then.

Tags: Russia will use blockchain for tourism