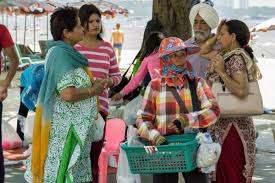 Mr Prahalad Singh Patel, Indian Union Minister of Tourism (I/C), said the government was working on making the country tourist friendly, at various industry forums. The Ministry of Tourism has initiated a slew of measures to establish the image of India as a great tourism destination.

“It is important for the government and other stakeholders to create a positive environment and work towards mitigating the negative perception about the country’s tourism ecosystem. The ministry is working tirelessly to include various stakeholders in the process of promoting tourism, creating greater levels of synergy and viability. India has a huge potential and a rich cultural heritage that can help promote tourism and become a catalyst of economic growth and employment generation. The need of the hour is for a collective trust, to improve connectivity and add convenience for the tourists, ultimately creating the right ambience for growth of tourism,” Patel said at an industry gathering in New Delhi. He further stated that a good illustration of this is the case of the ‘Kumbh Mela’, the largest congregation on the planet, which has transformed its brand image adding greater public convenience and security for the discerning tourists and becoming a mega event attracting tourists from all across the world.”

Patel also informed that he met ambassadors of several countries to know about bad experiences that tourists from their countries face in India. “We have gathered the information and working on it to offer better experiences to our guests,” he said and added that tourism sector in India needs a change in perception more than just resources to take it forward. “The need of tourists is what we all need to think about,” Patel said. He said issues like Chinese tourists’ demand for guides in their own language and their concern about the quality of bottled water can be fixed. He said all stakeholders need to be brought on board to thrash out all such issues.

In order to offer better experiences to tourists, Patel said that the Ministry of Tourism has mooted the idea of putting signage in foreign languages at the tourist spots visited by foreigners. The Ministry is planning to put up sign boards in at least three foreign languages at places like Sanchi Stupa in Madhya Pradesh, Sarnath in Uttar Pradesh and Bodh Gaya in Bihar which are frequented by large numbers of tourists from Sri Lanka, Japan and South Korea. The Ministry plans to put up sign languages in Sinhalese, Japanese and Korean in these places. The sign boards will also feature QR codes which on scanning will provide detailed information about the monument, its history and other details in that particular foreign language. “We are still in the initial phase, as officials and I myself have been pondering upon the possibilities of the plan. But once approved, this will certainly help in boosting up foreign tourists,” Patel said in a media interaction earlier.