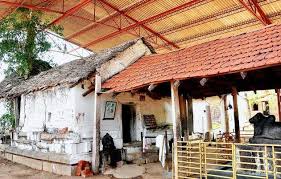 M. Kannan, a resident of Kalmedu for the past 40 years recalls that till the early 1990s, the park at Viraganoor regulator was a thriving picnic spot that drew a large number of visitors.

Located about eight km from Madurai, the Viraganoor regulator is the second among the three regulators that channelise the Vaigai water. Until the 1990s, it was a perfect getaway spot for the residents. A trip to the regulator was a compulsory entry for schools in their academic calendar.

But, today, due to poor maintenance, the park presents a withered look. There is a wild growth of thorny shrubs all along the park. It is littered with plastic cups, bags and food wrappers. The concrete benches are broken and the water fountains remain dysfunctional. Mounds of dry leaves are found throughout the park and there are no signs of any play equipment for children.

Currently, the regulator serves merely as a link for the villagers of Sakkimangalam, Kalmedu, Kalanjiyam Nagar to the highway.

With a dearth of open spaces in the city residents are demanding the revival of the park to make it an attractive tourist spot.

The regulator was inaugurated by former Chief Minister M. Karunanidhi in November 1975.

“In a situation when there is excess water at Ramnad Big Tank, surplus water is discharged into Kiruthumal river through a vent that is present at the regulator,” he says.

This regulator was once a hangout for families entering the city from Ramanathapuram, says Mr. Kannan.

But, today, school students who come from even Sivaganga and Virudhunagar districts return disappointed due to the poor upkeep of the park, says K. Kesavan, a shopkeeper near the park.

The other main problem is the discharge of sewage into the Vaigai from several outlets in the city.

A PWD official says that for the past eight years, the discharge of sewage from areas like Anna Nagar, K.K. Nagar and Teppakulam has increased.

The PWD official says that the groundwater quality has deteriorated due to stagnation of sewage for years. “This can also be a reason for the plants at the park getting withered,” he says.

If the officials develop and maintain the park properly, it has the potential to become an attractive tourist spot like Vaigai dam, says Mr. Manikandan.

“The officials can even opt for a Public-Private Partnership (PPP) model to develop and handle the upkeep of the park. For further maintenance they can also collect a nominal fee from the visitors,” he adds.