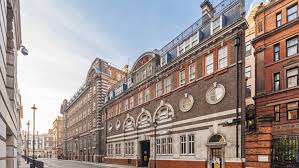 Great Scotland Yard, once the headquarters of Metropolitan Police in London during the years 1829 to 1890, has now been converted into a luxurious 5-star hotel.

Business tycoon Yusuff Ali, an Indian billionaire from Kerala, oversaw the renovation of the hotel. His Abu Dhabi-based company, LuLu Group International completed the Rs 584, 88, 16,050 (75 million euros) renovation of the former Metropolitan Police Headquarters. The hotel will have 153 rooms and the tariff per night of each room is expected to go up to Rs 7, 79,842 (10,000 euro).

These suites offer guests picturesque views of Nelson’s Column, Westminster Abbey and Buckingham Palace in London. Great Scotland Yard has special relevance in UK history as it was chosen by the then Prime Minister, Sir Robert Peel, as the headquarters for the Met police.

Even after the renovation, the essence of the original building has been preserved. According to a report in Daily Mail, a huge chandelier made out of glass that refers to a 19th-century gang of female thieves, Forty Elephants hangs from the ceiling.

The police cells have been converted into workspace areas and meeting rooms that can be rented on request. The guests will have access to a tea parlour, a secret whiskey bar, a ballroom and a great restaurant. The decorations even include artwork by prisoners and military uniforms. The hotel is set to open this year and will be operated by the Hyatt group.