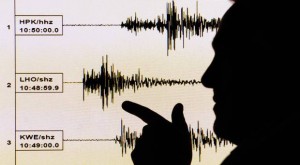 A 3.9 magnitude earthquake has struck Grimbsy, Lincolnshire around 11: 15pm on Saturday evening, but there were no injuries reported.

It is according to the seismologists of British Geological Society (BGS), the earthquake was detected at a depth of 11 miles.

The British Geological Society (BGS) said that an earthquake of this strength occurs approximately every two years in the United Kingdom.

The people living locally reported feeling the whole house [shake] for a couple of seconds, while others said they heard a rumble with a simultaneous trembling or thought it was a lorry crashing outside.

The British Geological Society (BGS) said that there are approximately 8000 events annually that are larger than the one that occurred in Lincolnshire.It comes nearly a decade after the 5.2-magnitude earthquake in Market Rasen, Lincolnshire, which was felt widely across England and Wales.