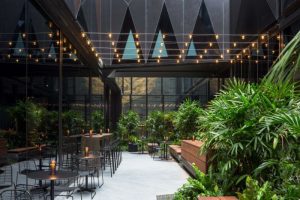 Tourism Accommodation Australia (TAA) intends to add 272 hotels in the Australia’s capitals over the next six years. That would mean 45,000 new rooms. TAA said that over last three years more than 40 new hotels had been built across the country since then.

The style of hotels has undergone sea change since 2000. The popular ‘lifestyle’ hotels are more home-style, with unique furnishings, less bulky furniture and common areas for guests to use.

Paramount House Hotel opened its doors in Sydney’s Surry Hills in April last year. The 29-room hotel caters to visitors who want a community feel and want to know more about where they’re staying.

TAA’s Innovation Revolution Transforming Australia’s Hotel Industry report shows that the construction wave will see more than 45,000 new rooms added in Australia by 2025, but Gus Moors, Head of Hotels at Colliers International Australia, predicts that not all of those rooms will be built.