Gujarat to soon come up with a heritage tourism policy 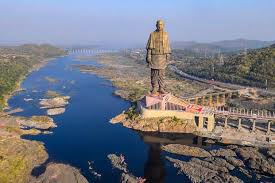 Gujarat, “focusing on attracting foreign tourists”, will soon come out with a heritage tourism policy.

“In 2016-17, tourists’ inflow was 4.48 crore and the same went up to almost 5.8 crore in 2018-19. The annual growth rate was 14 per cent. With the trend of increasing tourists’ footfalls, we are expecting that tourist inflow should cross six crore in the current fiscal,” said Jenu Devan, Commissioner of the state Tourism Department.

The tourism sector contributes about three per cent of Gujarat’s gross domestic product and its contribution is expected to “improve” in the coming years to come. More than Rs. 12,500 crore was invested in the sector in the last four years to improve its infrastructure.

“The state is preparing a heritage tourism policy and approval for this will come shortly. At present, there are 33 heritage properties. With the implementation of the policy, more of such properties will come within tourism map,” Mr. Devan said.

State Tourism Minister Jawahar Chavda said that Gujarat is “a rich place” in terms of its economy, nature and culture.

“Apart from the neighbouring states such as Rajasthan, Maharashtra and Madhya Pradesh, West Bengal is an important for Gujarat tourism as over seven lakh visitors travel to the western state every year,” Mr. Chavda added.

In Gujarat, two prominent tourist sites – Somnath and Dholavira, would be developed into iconic tourism destinations as a part of the Central government’s Swadesh Darshan Scheme, and “big packages” are going to come for these two sites to attract visitors.

The minister said that Gujarat is focusing on attracting foreign tourists, which currently constitutes around one per cent of the annual inflow of travellers.