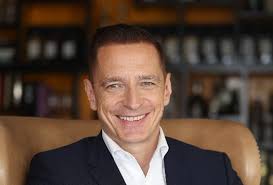 Robert Hauck has been appointed as new general manager and area vice president of Galle Face Hotel.  It was launched in 1864 and is the oldest hotel east of Suez.

Hauck holds more than 25 years of experience  in the hospitality sector and is expected to lead this exquisite heritage hotel into an era of excellence.

He studied from the Cornell University and École Hôtelière Montreux, the famous Swiss hospitality school and worked with Raffles and Shangri-La. He career has spanned more than ten countries and territories

In his last role he served as the general manager of Kanuhura, the luxury resort in the Maldives. He successfully re-launched it after a  multi-million-dollar renovation.

He will be the 36th general manager and second German national in the position at the Galle Face Hotel.

Sanjeev Gardiner, the hotel’s owner said that the hotel needed an exceptional executive to lead them  and Robert is a smart, sophisticated and energetic hotelier with a deep understanding of the hospitality industry majorly  in Asia.