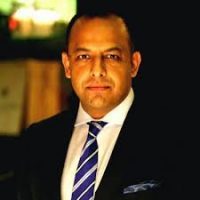 Hilton Durban in South Africa announced the appointment of Vikram  Jamwal as the general manager.

He recently worked with Hilton as athe regional director of revenue for Africa & the Indian Ocean while based in Dubai.

Vikram holds more than two decades of hospitality experience and is a true hotelier and an important member of the team.

Putten was looking forward to the contributions which Jamwal will undoubtedly make at Hilton Durban.

Jamwal is an Indian-origin German national has served the hospitality industry for more than 22 years. He has worked  extensively in hotels across the European, African, Asian and Middle Eastern markets.

During the 2014 World Economic Forum Annual General Meeting in Davos, Switzerland held the operations and interacted with dozens of head of state from across the globe.

This was during his time in Nigeria when he served the largest luxury hotels in Africa.

Commenting on his appointment, Jamwal was looking  forward to driving exceptional experiences for all  guests. He felt  proud to be part of such a great team and wanted to contribute  further towards the success of Hilton Durban.