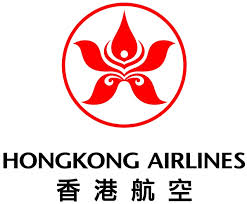 Mr Li Dianchun, Chief Commercial Officer, Hong Kong Airlines said, “We launched the daily flight service from Hong Kong to Seoul last December, which was our first route to Korea. From then we have been actively exploring ways to improve schedule options on this route. We are very happy to establish code sharing partnership with Asiana Airlines, one of the world’s best airlines. By connecting the hubs of the two airlines, the codeshare does not only benefit customers travelling between Hong Kong and Seoul, it also allows customers to seamlessly transfer when they travel on an itinerary to or from other destinations that includes flights operated by both carriers.”

The codeshare flights has opened for sale on 12 April 2017 for travel effective from the same day. Flight tickets under the codeshare agreement can be purchased via your preferred travel agents or through the two airlines’ sales offices and call centres.

Details of the Codeshare flights between Hong Kong Airlines and Asiana Airlines: