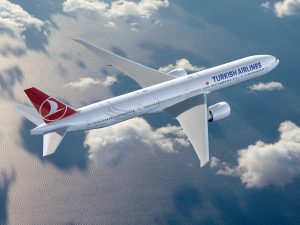 Today’s signing ceremony took place at the Turkish Airlines headquarters, with participation from Turkish Airlines CEO and Deputy Chairman of the Board, Mr. Bilal Ekşi, Hong Kong Airlines Vice Chairman and President Mr. Wang Liya, as well as executives from both airlines.

“Istanbul is one of the world’s most ancient metropolises. Visitor numbers to the city has been growing steadily, thanks to its unique blend of modern and cultural vibes. As one of the important gateways to Europe in the region, Hong Kong Airlines customers will benefit and enjoy greater convenience when connecting to popular European cities from Istanbul. We also look forward to introducing our “Truly Hong Kong” products and services to Turkish Airlines customers when they connect to our flights in Hong Kong,” Mr Wang added.

“Istanbul is the natural and historical connection point between Asia and Europe. The opening of Istanbul New Airport will further contribute and create new opportunities to promote the cultural and commercial relations between Istanbul and Hong Kong,” Mr Ekşi added.

Turkish Airlines currently offers six flights per week between Hong Kong and Istanbul with its Boeing 777-300ER equipped with 49 Business Class seats and 300 Economy Class seats. The airline is also working on moving its operations to Istanbul New Airport.

Hong Kong Airlines Business Class passengers will enjoy access to Turkish Airlines’ world-renowned Lounge Istanbul, which offers a range of facilities and services that transforms pre-flight or connecting time into its own special experience. They include a place of quiet relaxation, a place to shower and revive, a place to snack, dine or watch food presentations, an area for children to play and even an arcade full of exciting and challenging electronic diversions.

Reciprocally, Turkish Airlines passengers travelling in Business Class on Hong Kong Airlines will enjoy exclusive access to the airline’s flagship lounge, Club Autus at Hong Kong International Airport, that features a suite of facilities that cater to every traveller’s need, including one of the longest food hall and shower facilities for connecting travellers seeking to refresh before a flight.