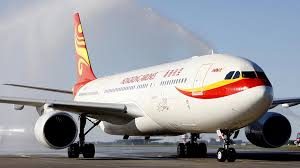 The Hong Kong government is assessing the potential fallout from the possible collapse of the city’s third largest airline during the coming Lunar New Year peak travel period, with the authorities considering putting together a contingency plan.

The Transport and Housing Bureau (THB) and the Security Bureau of Hong Kong were asked to comment on the risk assessment measures involving Hong Kong Airlines, which could include coordinating special flight arrangements with other carriers in case of a sudden shutdown.“The impact would be enormous as tens of thousands of travellers might be stuck abroad if the carrier suddenly shut down in travel peak season,” one source said. “Regardless of the chances, the authorities should be prepared.”

Without confirming or denying the plan, a THB spokeswoman said it noted the airline had already issued a statement, and the government had “nothing to supplement”. The Security Bureau referred inquiries to the THB for comment.

As conjecture mounted over the airline’s increasingly parlous financial state, the beleaguered carrier over the weekend slammed the “untrue and groundless speculation” about the company ceasing operation and applying for liquidation.

“The company has been and is continuing to operate as normal. We remain committed to offering our best service to customers who have chosen to support and fly with us,” the airline said in a statement last Saturday. The company has been contacted for comment on the contingency measures being considered.

Hong Kong Airlines is controlled by debt-laden aviation-to-finance Chinese behemoth HNA. A US$50 billion worldwide spending binge on assets like property, banks, hotels and more had pushed the mainland conglomerate to the brink. Meanwhile it emerged on Monday that China Development Bank (CDB), HNA’s biggest creditor, would rescue the embattled airline by providing more than US$550 million in funds to pay off impending debts due on January 20, industry publication REDD Intelligence reported, staving off an imminent crisis for the company.

The airline operates 38 passenger aircraft flying to 36 destinations, creating a vastly more complex planning process across multiple government departments and the private sector in the event of a contingency plan to rescue passengers being activated.

The failure of a company the size of Hong Kong Airlines would be the biggest since Air Berlin collapsed in 2017. A string of small to medium-sized airlines, mainly in Europe, have flown into financial trouble since. And a handful of Asian carriers are facing difficulties, including India’s Jet Airways.

This would not be the first time the city’s government has considered and coordinated emergency measures to prepare for the sudden closure of an airline. In April 2008, Oasis Hong Kong, which offered discounted long-haul flights to London and Vancouver, closed after only 18 months with more than HK$1 billion in losses since its launch in October 2006. It was the world’s first budget long-haul airline.

The decision left 50,000 travellers in limbo, including students studying abroad, close to the end of the Easter holiday. The government at the time made special arrangements with Cathay Pacific and British Airways to offer extra flights, especially one-way tickets with discounted fares and priority bookings for students returning to schools in Britain.

The Hong Kong Immigration Department also flew officers to London and Vancouver to help stranded residents, with the support of local staff at the Hong Kong Economic and Trade Offices in both locations.

Hong Kong Airlines carried 7.64 million passengers last year. It employs 3,900 staff, of whom 90 per cent are understood to be Hong Kong-based workers.