The hotel revenues in Philadelphia increased in leaps and bounds 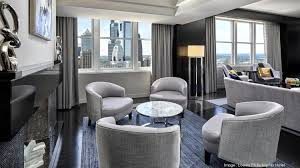 On Tuesday, the tourism officials and the office of the mayor touted growth in city hotel revenue, as Visit Philadelphia defined new plans to attract greater number of visitors to the city through a focus on women travelers, Canadians, and people who love to eat.
In 2019, Center City hotel revenues raised to $707 million, a 4.3% rise from 2018 revenue figures of $678 million.

Higher room rates boosted up that growth in revenue, hospitality groups said. The city’s “average daily rate” increased to about $10, from $191.40 in 2018 to $202.41 in 2019, credit goes to many factors, including “a strong convention year” and greater number of options for superlative rooms.

In 2019, four hotels that opened in Philly have added 491 additional rooms to the market.
In general, last year, city hotels sold 3.49 million room nights from a supply of 4.58 million room nights. The rate of demand “surpassed the overall five-year average by 4.5%,” as per the recent figures published by the city and Visit Philadelphia, along with the Philadelphia Convention and Visitors Bureau (PHLCVB) and the Greater Philadelphia Hotel Association.

“This constant stream of visitor activity generates tax dollars and supports family-sustaining jobs for our residents,” Mayor Jim Kenney said in a declaration onTuesday. “That’s hugely beneficial to our city and region.”

The PHLCVB declared last week that in 2020, Philadelphia will receive 20 large conventions or events, the most in a decade. These huge gatherings, popular as “citywides,” will create 335,000 hotel room nights and attract about 400,000 people to Philadelphia.

Eight of those groups are coming to the city either for the first time or coming back for the first time in more than 10 years. They include gatherings of the Pediatric Academic Societies, Alpha Kappa Alpha Sorority Inc., and the American Statistical Association.

For the meantime, Visit Philadelphia is introducing campaigns aimed at leisure travelers, the huge majority of Philly’s visitors. In 2018, the tourism group said, 88% of 45 million visitors “came to the region to have fun.”