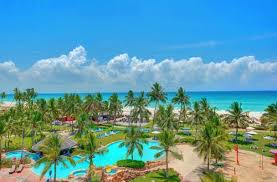 Hotels in the Dhofar Governorate have witnessed a huge surge, of up to 75 per cent, in their occupancy levels this Khareef season.

Khareef season is considered the best summer tourism season in the entire region due to the pleasant weather in the Dhofar governorate. The area is among the most preferred destinations regarding tourism during this season due to its attractive natural and cultural elements.

Director General of Tourism in the Dhofar Governorate, Marhoon Bin Saeed Al Ameri, said that “35 hotel establishments with 4,179 rooms are ready to receive tourists during the Salalah tourism season.”

“Keeping in mind the popularity of the Khareef season and the increasing occupancy level, these hotel establishments were renovated during the recent months. New facilities were added and some of them were repaired, refurbished and decorated to match the quality standards of tourism facilities and hotel services,” Al Ameri added.

Al Ameri said that Oman Air is also contributing to the promotional efforts for the Khareef season by providing attractive offers. As a national carrier, Oman Air is promoting the tourist destinations of the Sultanate.

Al Ameri also added that a number of Gulf airlines have started direct flights to the Dhofar.