Iceland is single most expensive country in Europe 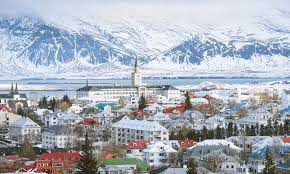 According to Eurostat data, consumer prices were on average 56 percent higher in Iceland than the rest of Europe in 2018, making Iceland the single most expensive country, ahead of Switzerland (52 percent), Norway (48 percent) and Denmark (38 percent).

According to the consumer price comparison site Numbeo, a dinner for two in an average restaurant ends with a bill of about 85 euros, a bottle of wine in a shop is priced at around 17 euros, and a dozen eggs cost up to five euros.

A small population of 355,000 coupled with a high dependence on imported goods and high taxes on alcohol all help explain Iceland’s steep prices.

“Iceland is so small. So it’s very difficult to get the same economies of scale as you have with companies in countries that are 100 times larger,” said Konrad Gudjonsson, chief economist at the Iceland Chamber of Commerce.

Large fluctuations in the Icelandic krona in 2016-2017 have also led to a general price increase.

In 2018, the median monthly wage for someone working full-time was 632,000 kronor before tax, according to Statistics Iceland.

So while the cost of living can come as a shock to tourists, the locals have the salaries to match it.

According to the central bank’s forecasts, Iceland is heading for harder times. The economy is on course to contract by 0.4 percent in 2019, which would be the first time it shrinks in ten years.

The worsening outlook is attributed in part to a decline in the island’s outsize tourism industry, which is has been exacerbated by the collapse of Icelandic low-cost carrier WOW air.

Tags: Iceland is single most expensive