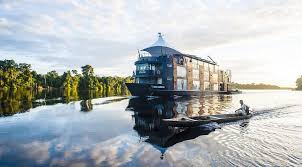 The International Finance Corporation or IFC, a member of the World Bank Group, will invest up to $300 million in companies associated with tourism-related sectors in Indonesia, a top executive informed DEALSTREETASIA on Wednesday. The figure is fixed for the fiscal year July 2019-June 2020. “We targets to have $300 million for our pipeline, which we want to invest in the companies. We cannot disclose the name of the companies yet, but they mostly operate to develop a tourism business in Indonesia,” IFC country manager for Indonesia, Malaysia, and Timor Leste Azzam Khan said. Also, IFC has agreed a $10-million loan package for Aqua Expeditions, Singapore-headquartered boutique river Cruise Company for its Indonesia extension.

The government of Indonesia has been aggressively endorsing the ‘ten new Balis’ tourism programme to build up numerous destinations beyond the most well-liked tourist Island of Bali. Also, Indonesian tourism could probably generate $20 billion in foreign exchange revenue throughout this year, according to the government estimates.