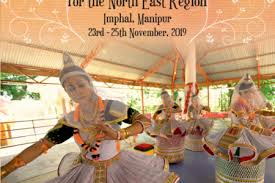 Union Tourism Ministry plans to organise the eighth edition of “International Tourism Mart” in Imphal to highlight the tourism potential of the north-eastern region of the country in the domestic and international markets, stated a Press statement.

The two day event will be jointly inaugurated by Prahlad Singh Patel, Minister of State (Independent Charge) for Tourism and Culture and N. Biren Singh, Cheif Minister, Manipur. The theme of the event will be “Sustainable Tourism: an engine for Economic Growth and Employment”.

“The event has been planned and scheduled to facilitate interaction between buyers, sellers, media, government agencies and other stakeholders. The varied topography of the region, its flora and fauna, the ethnic communities with their rich heritage of ancient traditions and lifestyles, its festivals, arts and crafts, make it a holiday destination waiting to be explored,” said the statement.

The international tourism marts are organised in the north-eastern states on a rotational basis. Manipur is hosting this mart for the second time. The earlier editions of this mart have been held in Guwahati, Tawang, Shillong, Gangtok and Agartala.