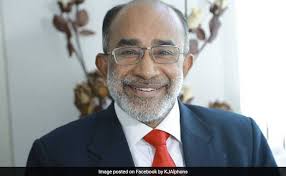 According to estimation, tourism alone has generated over 14.62 million job opportunities in the country in the last four years. In India, tourism is rising at a rapid pace. Union Minister of State (Independent Charge) for Tourism K J Alphons explained that tourism offered opportunities to skilled as well as inexpert job seekers thereby offering employment to all sections of the society.

The tourism minister explained that in order to endorse the country overseas, the ministry has carried on several ‘Incredible India Road Shows’ in the US, Europe and a few imminent ones in China and Nordic countries. He explained that three theme-based 60 seconds Incredible India videos have been released so far and it has got an enormous response in social media platforms.

Also, the minister stated that more aim is being given to the Cruise Tourism sector with the Tourism Ministry spending in Rs. 100 crore and the Shipping Ministry giving a corpus of Rs. 250 crore to the sector. The cruise ports are being developed at Mumbai where with an entertainment complex, and also Cruise jetties in Goa, Cochin, Chennai and Visakhapatnam.

At present, the Union minister stated that tourism ministry was aiming on promotional activities to bring it to the notice of the tourists in terms of the unexplored areas of North Eastern states of India, for instance the largest cave network of Asia which is in Meghalaya.