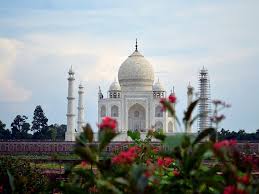 India marked the biggest improvement among the top performers in global tourism, jumping from 40th in 2017 to 34th in the Travel Tourism Competitiveness Report 2019 published by the World Economic Forum. India is the only lower-middle income country in the top-35 ranked countries. India made the biggest jump among the top 25 per cent of all the countries ranked in the report.

Cultural heritage and natural resources are, expectedly, two factors where India scored highly in the report. The country also worked on its business environment and environmental sustainability, leading countries in the Asia-Pacific in terms of improvement on these. But it also slid since the last report on its ranking on four of the 14 broad factors on which the 140 countries were ranked by WEF.

The top quartile, that is, the top 35 economies in the WEF Travel & Tourism rankings account for about 84 per cent of the global travel and tourism GDP and nearly 70 per cent of all international tourist arrivals. All but six of them are high-income economies, 20 are from Europe, 10 are from Asia-Pacific, four from the Americas and one (UAE) is from the Middle East and North Africa region.

According to the World Bank, a whopping 1.5 crore international tourists visited India in 2017. Indian travel and tourism industry employs 2.8 crore people and contributes 3.6 per cent to the GDP.