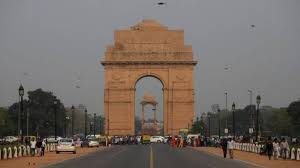 India is a true example of a country rich in natural beauty and history, but still has a long way to go.

In 2018, just about 10 million foreign tourists arrived in India. In 2015, the number was 8 million. This is in no way comparable with other Asian giants. As per reports, China witnessed 30.54 million foreign visitors in 2018.

Thailand, a country which is about six times smaller than India, received over 38 million tourists. Malaysia, in spite of registering a 3% drop in the number of inbound tourists, received around 26 million tourists in 2018.

During a time when India is battling an economic slowdown leading to job losses and shrinking investments, it needs to develop the tourism sector considerably. This would mean intertwining the transport sector comprising roads, aviation, railways with hospitality – hotels and food and beverages.

Prime Minister Narendra Modi, who celebrated his 69th birthday on Tuesday, said that the Statue of Unity in Gujarat has attracted an average of about 8,500 tourists per day.
However, this year, tourism sector in India has been hit significantly due to political instability.

With countries like Thailand, Malaysia and Sri Lanka having extremely competitive rates, India is not only losing foreign tourists but even domestic tourists are opting for international destinations due to their pricing.

Reports suggested that crimes against women have significantly risen.

While the Narendra Modi government is working towards boosting this sector by easing issuance of visa, it has to do much more.