India moves to 34th place on World Travel and Tourism 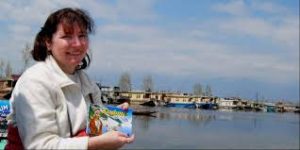 On world travel scale, India has raised six places up to rank 34th from the 40th place and tourism competitiveness index (TTCI), as per World Economic Forum (WEF) report. The report mentions that India had major improvement over 2017 among the top 25 per cent of all countries ranked in the report.

India showed major development in terms of percentage to its overall TTCI score, which has supported it in becoming the only lower-middle income country in the top 35, it says.
Additionally the report highlights that Thailand, Brazil and India—which are not high-income countries but rank in the top 35 on the TTCI—stand out in this quartile through their combination of rich natural and cultural resources and strong price competitiveness.

“India, which accounts for the majority of South Asia’s T&T GDP, remains the subregion’s most competitive T&T economy, moving up six places to rank 34th globally. From a subregional perspective, the nation has better air (33rd) and ground and port infrastructure (28th), international openness (51st) and natural (14th) and cultural resources (8th). Compared to global benchmarks, the country can also add price competitiveness (13th) to its roster of strengths. However, India still needs to enhance its enabling environment (98th), tourist service infrastructure (109th) and environmental sustainability (128th),” the report states.

As per the report, besides the aforementioned high ranking of India’s natural and cultural assets and price competitiveness, the country also improved immensely its business environment (89th to 39th), T&T policy in general and enabling conditions (79th to 69th), infrastructure (58th to 55th) and ICT readiness (112th to 105th). Of all the other quartiles, the top 25% was the only one to develop its average performance on the Business Environment pillar, with India, China (92nd to 53rd), and the United States (16th to 4th) showing the greatest percentage increases.

Spain occupied the top spot in the World Economic Forum’s (WEF) recent Travel and Tourism Competitiveness Report (TTCR), which ranked 140 countries on the basis of their relative strengths in global tourism and travel. Spain was followed by France, Germany and Japan, with the United States replacing the UK in the top five.