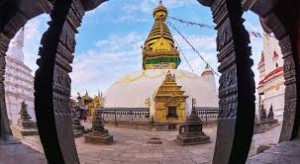 India and Nepal agreed to cooperate in promoting historically and culturally important Buddhist and Ramayana circuits and adventure tourism at the second meeting of the joint working group on tourism cooperation between India and Nepal..

This is the first of its kind cooperation mechanism in the region wherein any two countries have agreed to promote each other’s’ tourist destinations.

The joint working group also decided to establish an Indo-Nepal Tourism Forum which would be an industry-led cooperation forum with support of the two Governments.

The group was formed after Prime Minister Narendra Modi’s visit to Nepal in 2014 to enhance cooperation in tourism between the two countries.

The next meeting of the group would be held in New Delhi at a mutually convenient date.