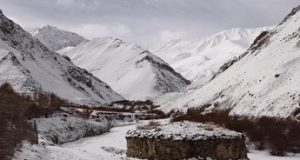 Indian government is planning to promote tourism in Ladakh in a big way by introducing home stays in monasteries, preserving heritage properties and much more. The Union Minister of State for Culture and Tourism Prahlad Singh Patel would be visiting Ladakh next month to assess ways to promote tourism in the newly-formed Union Territory.

Union Minister of State for Culture and Tourism Prahlad Singh Patel opined that Indian government will be working with the local administration to further improve public infrastructure and utilities, such as medical facilities, better transport, and more accommodation options.

There are plans for setting up homestay options in monasteries dotting the region, developing eco-tourism, preservation of heritage structures, and bird-watching. Also, the idea of promoting the region as a retreat for researchers and writers will be looked at.

As per the tourism data available with the Indian Tourism Ministry, a total of 327366 tourists visited newly made Indian Union Territory Ladakh in 2018, whereas 49477 included foreigners. This number shows that around 50000 more tourists checked into the region than the number that visited during 2017.

The tourism minister further added that the Indian government will be lending a helping hand to develop ground facilities in a bigger way, and find a way to preserve the monuments in the region.

The Union Minister further added how the Adopt A Heritage scheme under public-private partnership turned out to be very successful so far. Moreover, the government is planning to launch such a scheme here too by adding at least three to four monuments under the Adopt A Heritage scheme. If such a scheme is launched in Ladakh, the names of these monuments will be announced on the World Tourism Day.