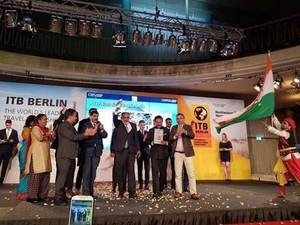 The tourism minister KJ Alphons thanked the Indian prime minister and credited him for the surge in interest in India as a destination.

The ITB- Berlin World Tourist Meet’ was convened in Berlin, Germany from 7th March to 10th March, 2018.   India was represented tourism minister KJ Alphons along with other tourism ministry officials.

There are more than 100 countries participated in the ITB- Berlin meet with their respective tourism Ministers.

The event also marked the launch of the ministry’s 60 seconds promotional ad on yoga called ‘Yogi of the racetrack.’