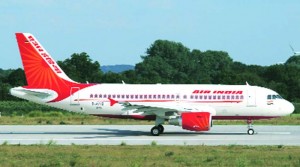 The Indian Civil Aviation Ministry intervened with the government on behalf of airlines, who argued that they be permitted to tap funds from abroad through the ECB route for raising working capital.

The Civil Aviation Ministry has sought an amendment in the rules to enable a single company to borrow up to $500 million.

The capital for such borrowings will be set at $1 billion for the aviation sector. Jet Airways and IndiGo (InterGlobe Aviation) had demanded that the cap on external borrowings be raised.

Most of the Indian companies are allowed to raise loans for meeting capital expenditure from offshore financial institutions including foreign commercial banks. The quantum of ECBs has increased over the years, peaking at Rs 200 crore in 2014.

The guidelines set down by the Reserve Bank of India (RBI) dictate that the airline companies can access external funds only for buying aircraft or engines. This implies that airlines will have to compulsorily acquire new assets and show it on their books before using residual capital for other expenditure.

The Reserve Bank of India had approved a similar scheme in 2012 when the aviation sector was facing financial pressure from global headwinds. However, it was discontinued in April 2016.

The present crisis is on account of competition in the market which is preventing airlines from hiking ticket prices despite an increase in input costs. The results posted by airlines this earnings season have been underwhelming. The aviation industry is expected to post a loss of Rs 3,600 crore in FY19, according to the ratings agency ICRA.

Airlines will be able to offset the adverse impact of rising fuel prices and a fall in the value of the rupee by raising working capital from foreign lenders.